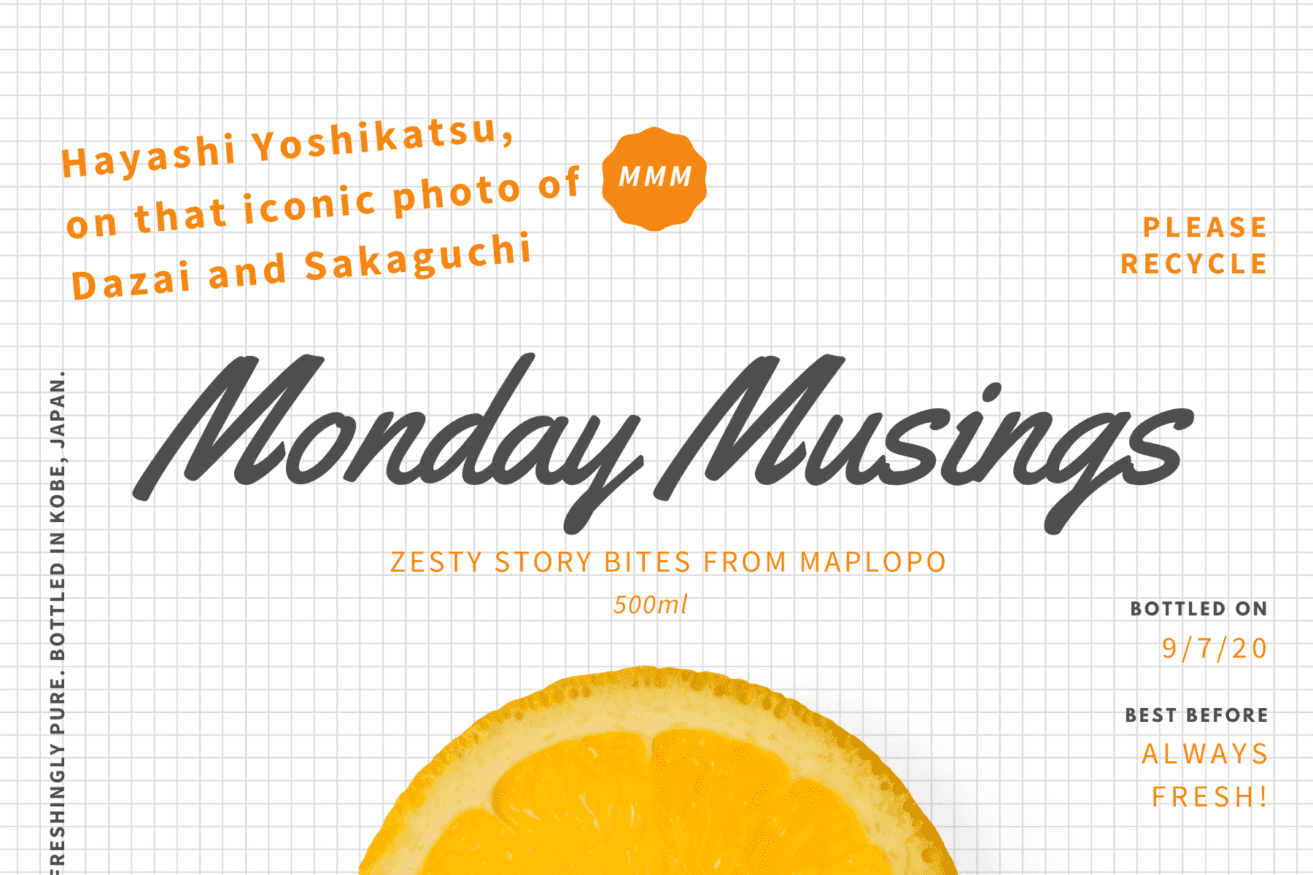 The frontispiece of Dazai Osamu taken by my father, Hayashi Tadahiko, is a familiar shot—people have been exposed to it frequently via photobooks and posters, and it is his most well known work. This picture is often cropped rectangularly in portrait mode, but the original is a square, medium format image. We introduced the non-cropped version, surprising all who saw it, during the first staging of the exhibit: *A True Showa Era Creation: The “Monster” of Photography, Hayashi Tadahiko, and His Storytelling of Showa Through Pictures which took place at Fujifilm Square’s Photo History Museum in 2018.

The person appearing next to Dazai on the right is Sakaguchi Ango. This is one frame from a shoot at Bar Lupin in Ginza taken in 1946, not long after the war. At the time, my father was riding on the **Kasutori magazine boom, working multiple assignments for over 20 publishers, while also shooting Buraiha Bungo writers who gathered at Bar Lupin—including its representative Bungo—Sakaguchi Ango, Oda Sakunosuke, and Dazai Osamu. Many of these photographs were later featured on the front gravure page of the Bunshi (literary men and women) series in Shyosetsu Shincho (‘Novels Shincho’) magazine spanning a period of two years that began in December, the following year.

This Dazai photo is one in a collection of such photos. Interestingly, my father didn’t seem to know Dazai was a writer according to his records. That day, he’d gone to Bar Lupin again to shoot Oda Sakunosuke and there was this drunken Dazai. He pestered my father, insisting, “Take my picture too!” Having no choice but to be obliged, my father shot Dazai using his last remaining flashbulb. That shot was this very photo, and it ended up being my father’s most celebrated work.

Want to read more in Japanese? Grab 『不良少年とキリスト』坂口安吾 in the Amazon.co.jp store.

* This is our translated title of the original title: 「昭和が生んだ写真・怪物 時代を語る林忠彦の仕事」

**The word Kasutori, used in this sense, refers to a type of short-lived magazine printed after the war. These magazines usually ended their publication run at or around their third issue. Financial difficulties, low readership, and the quality of the publication on the whole were the main reasons. As a result, these cultural gems took on the word for low-quality moonshine: Kasutori. Beside the easy-to-make manufacturing comparisons, Kasutori is known to have a particular potency—strong enough to render most drinkers quite intoxicated after only three drinks— and so, like the three issue limit the magazines seemed to share—the term stuck. 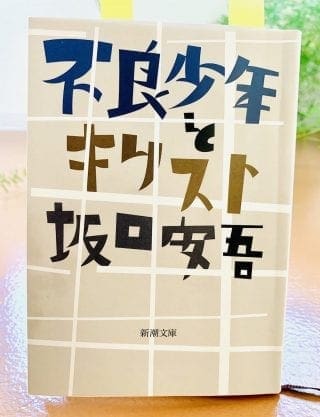 Check out the Maplopo translation of Ango Sakaguchi's  ⾵と光と⼆⼗の私と Wind, Light, and the Twenty Year Old Me (Abridged). It's free to read, download, print, and share!

Check out the Maplopo translation of Osamu Dazai's Wish Fullfilled (満願 ). It's free to read, download, print, and share!