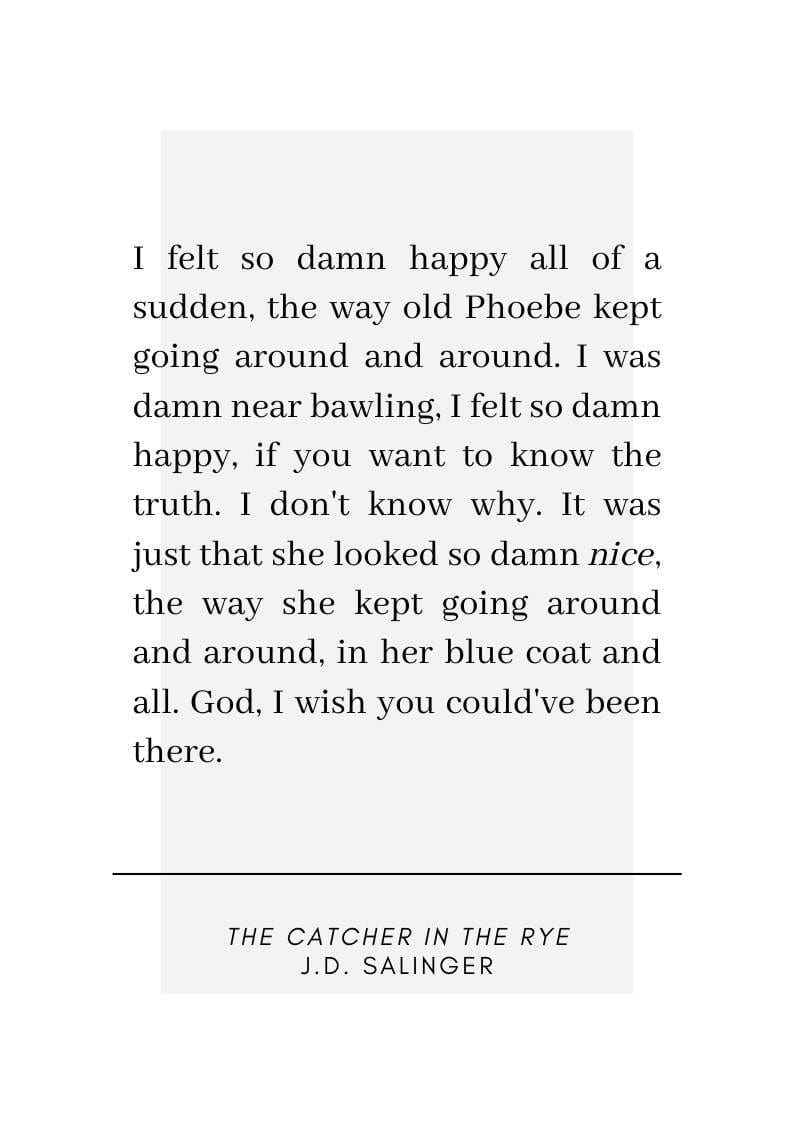 Something about a woman and going round-and-round

Last night, Doc and I just finished reading Salinger’s The Catcher in the Rye. Doc is a great reader (like the character, Michael, in the movie The Reader), so I very much enjoy the opportunity of being the sole audience member of such theater each night before bed.

To be frank, I hadn’t been super excited about this book like the other books we’ve read together previously. It was okay—in my opinion, some chapters were stronger than others and some were a bit more weak. Until, that page two pages from the last. I found myself enchanted, and noticed my eyes were welling-up as I was listening to the passage. In that moment, Holden is there in the rain watching his younger sister Phoebe going around and around on a carousel horse. He finds himself, all of a sudden, very happy watching her. Holden has been unstable, a bit of a complainer, if you will, the whole time, thinking only about himself. But, in this scene, it seems as if he realizes the beauty of a girl simply enjoying herself on such a trifling thing as a carousel horse. He doesn’t mind getting soaked to the bone. This, I figure, is the momentous event that serves to change his life. As I visualized the scene, I reflected back upon how he’d been acting foolishly and selfishly in the previous 25 chapters. Comparing his past actions and attitude to how he was showing himself to me at this point, and how he seemed to regained his humanity, I was very moved. I almost feel certain that 228 pages were written as a build-up just to write these six sentences.